Art Brenner, a prolific painter, sculptor, and scholarly writer, was born in New York City in 1924, but has lived and worked in Paris since 1964. Brenner has been exhibiting in solo and group exhibition in numerous countries for over 36 years, and has participated in over 60 exhibitions throughout his career thus far. He has also received the highest honor as a “Chevalier de L’Ordre des Arts et des Lettres”(“Knight of the Order of Arts and Letters”) in France bestowed upon individuals who have distinguished themselves by their creativity in the world of art, culture and literature and their contribution to the influence of arts in France and the throughout the world. Brenner’s first solo show was held at Galerie Lucien Durand, in Paris, in 1967, and from then on his acclaimed work became an international success. He has had a long and prestigious career, and continues exhibiting into his nineties. In 1995 he was the subject of a CNN film titled “An American Sculptor in Paris.” One of his best-known articles, entitled “Concerning Sculpture and Architecture”, explores the relationship between Modern architecture and sculpture. Brenner suggests that monumentality in sculpture was a direct product of Modernist thinking in architecture, and uses this as a call for architects and sculptors to collaborate to create public spaces that are not merely functional, but aesthetically satisfying environments for living. Brenner heeded his own call, and has continued to collaborate with architects to create incredible works in public spaces, and in conjunction with various building projects around the world. Though best known for his sculptural work, and written essays and articles on the changing nature of sculpture in society, Brenner was also an astonishingly capable painter. His works created in the 1950s reflect the Abstract Expressionist movement of the time. Though clearly part of one oeuvre, his style is hard to pigeonhole. He clearly has a spatial sensibility to his canvases, but his color is careful, and unflinchingly unique. His works from that time are gestural, with controlled, but choppy swaths of color, whispering, interrupting each other, and creating a vibrant plane of conversation on the canvas. Though they are reminiscent of many other painters of the time, such as Joan Mitchell, Michael Goldberg, Norman Bluhm, Edward Dugmore, John Grillo and even Alma Thomas among others, Brenner brings a spatial awareness that can only be a beginning departure point for his future years and life’s devotion to sculpture. 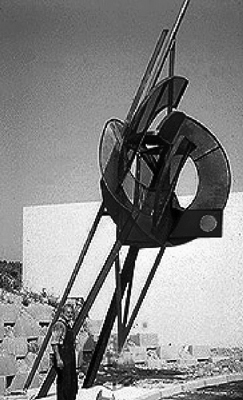 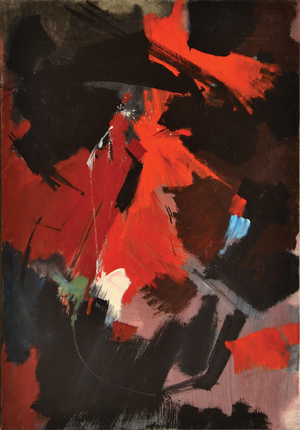 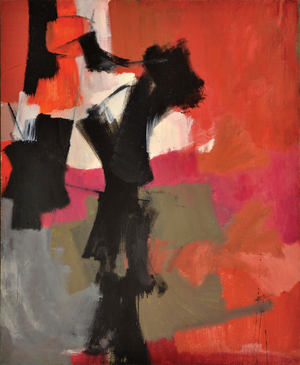 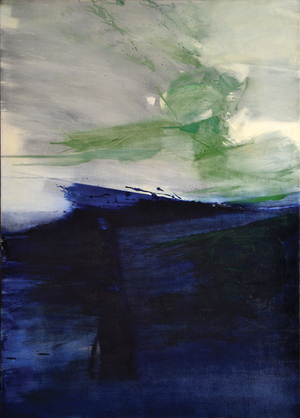 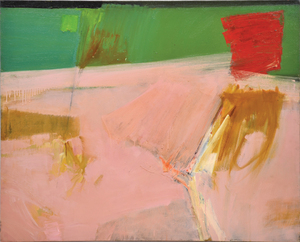 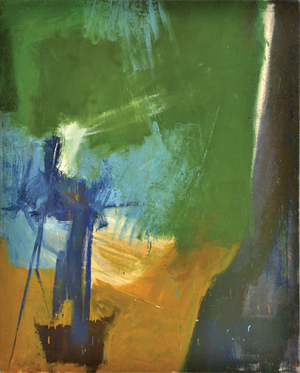 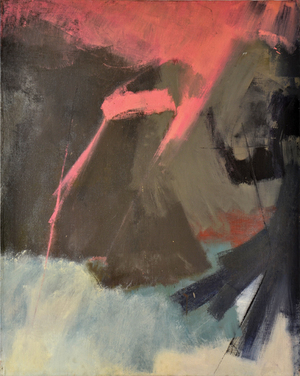 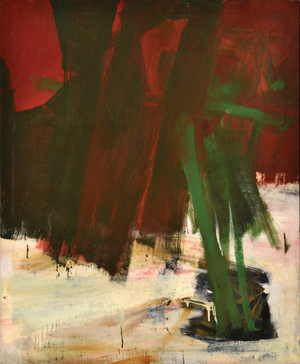 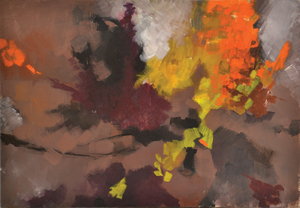 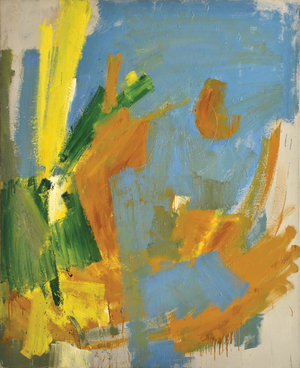 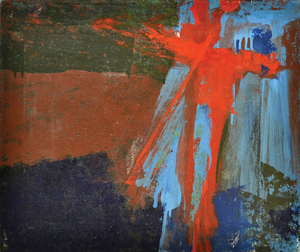 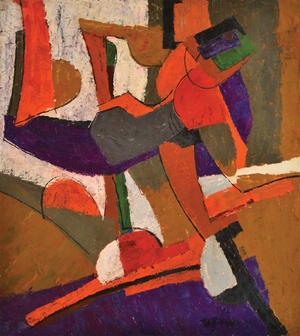